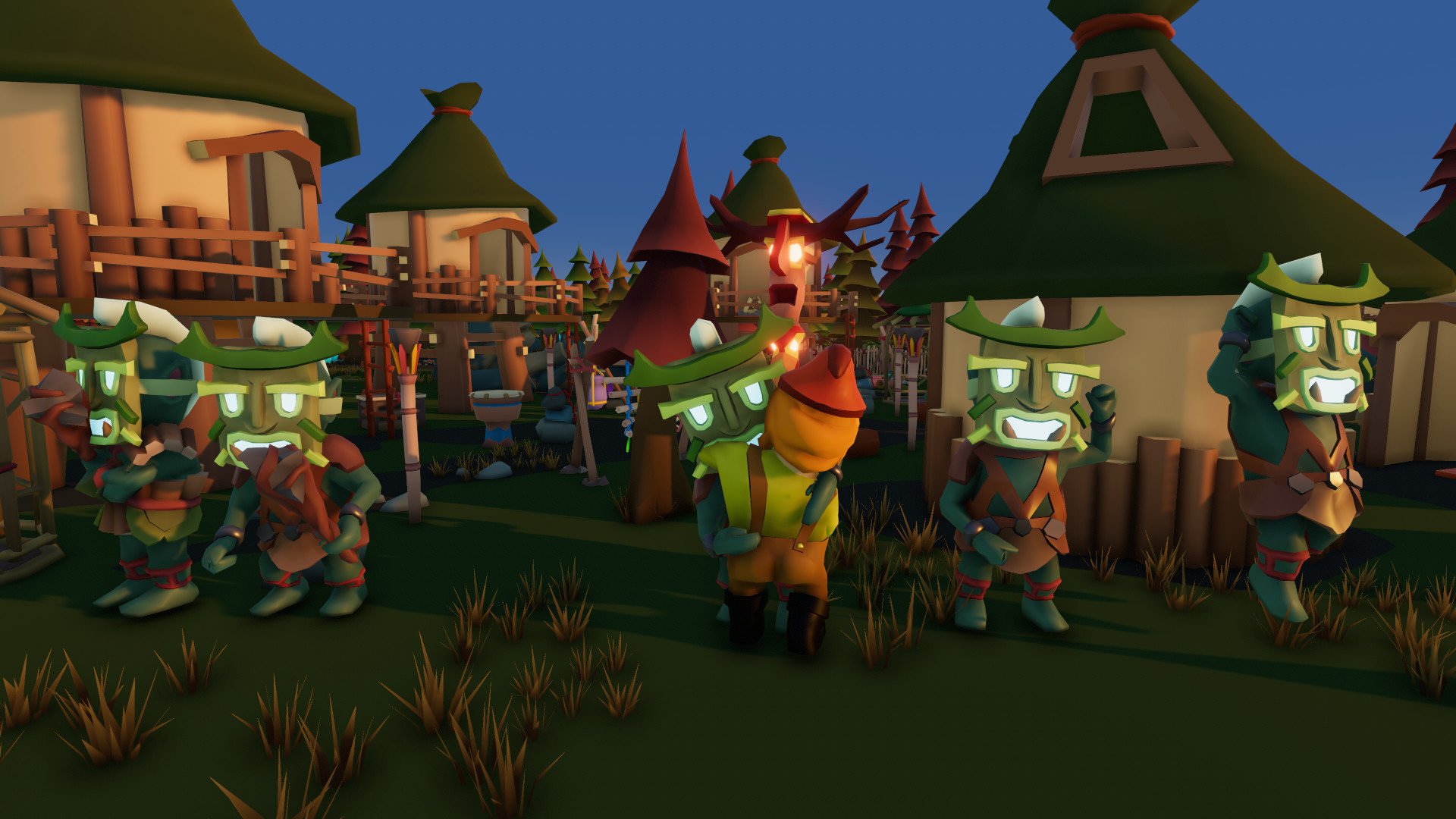 Hello everyone! It’s been almost exactly a month since the big launch on Steam we’ve already been hard at work bringing you the next iteration on Founders’ Fortune.

The Diplomacy update focuses on the goblins first and foremost – making friendship and hostility both possible, but it also gives some more depth to your dealings with the Trader’s Guild. Besides balancing and bugfixes, we have a small cherry on top, giving you curtains, carpets, and more to make your colony even more cozy.

How to continue playing Alpha 8

Some people would like to continue playing with their old colony for a while. While the saves are not compatible between Alpha 8 and Alpha 9, you can keep playing Alpha 8.0.6: Right click on Founders’ Fortune on Steam, select “Properties” go to the “Betas” tab and select the branch “alpha-8”. Your old saves will be available.

We are planning to discontinue this legacy branch when the next update releases.

Many of you will remember the post where I showed you the potential modding capabilities of Founders’ Fortune a while back. This triggered a community discussion on the forum where a lot of people expressed their support for modding, but warned us to not lose sight of the core gameplay prematurely. That’s why Alpha 9 does not feature any new modding capability, but instead we’re planning to have mod support trickle in step by step over the next updates while we continue to spend time on the core systems.

How community feedback has influenced Alpha 9

If you’ve been active in any of the official Founders’ Fortune communities at all, you’ll know that we’re receiving new suggestions and more feedback everyday. We’re happy to say that this update we were able to incorporate a lot of requests and bugfixes which should hopefully improve your general experience quite a bit. Of course there is always more that could be done, but I believe it’s a good step in the right direction.

In the Early Access description on the Steam store it says “we’re going to work on Founders’ Fortune until sometime between September 2019 and September 2020, depending on the amount of support we receive”. I think it’s fair to say that the Steam launch has been a success and we were able to recoup the money we put into the project from our personal bank accounts. Yay! We still have to figure out some real life stuff before we can give an updated date on how long we will be able to work on Founders’ Fortune from now, but it’s looking good at the moment 🙂

In the next 1-2 weeks we’re going to be on vacation. Before and right after the Steam release we put an incredible amount of work in the game to make it as smooth as possible for all the new players. After that we didn’t even take a break but instead threw ourselves us right into the next update. Now that it’s finished and summer is in full swing, it’s time for us to recharge our batteries as well, so that in September Founders’ Fortune development can continue full steam ahead!

So, without further ado, let’s get to the changelog!

Community Requests outside of Balancing or Bugfixes

As always, I’m not 100% diligent keeping track of the changelog and these lists are often missing the small changes we make here and there.

Have fun playing and keep the screenshots coming!