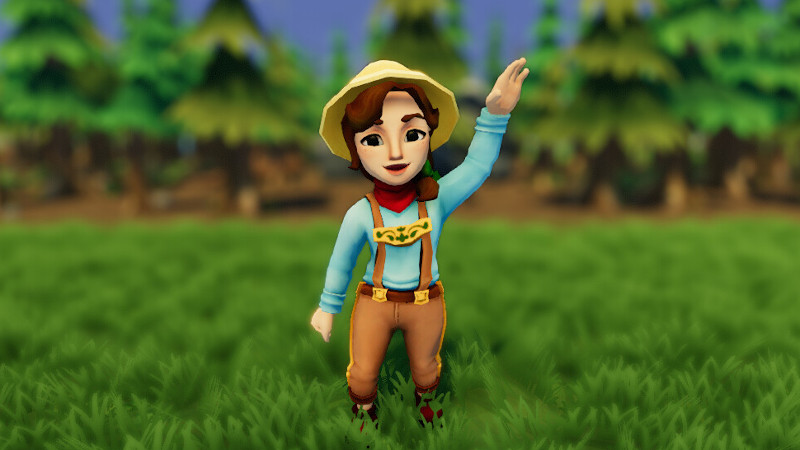 After checking out the news, we’d love to hear your opinions on the update and our future plans. When you’re done reading, check out the 2 minute survey!
https://forms.gle/d8u9K377FxiCPDTB8

A lot of people have been asking me for news about the next update, so I’m really happy to finally reveal the main part of the next update: Founders’ Fortune is getting a full graphics overhaul! It’s basically like getting a remastered edition of the game for free.

Our previous updates have been focused on gameplay expansion and have been well received. But since the beginning, we’ve also been getting feedback on the graphics that has been unaddressed until now. No more!

Check out these screenshots to get an idea of the changes:

New graphics are nice, but a lot of people are looking forward to new gameplay stuff as well. Since the graphics update is such a large amount of work, we can’t provide a ton of new features, but there are some you might be interested in:

We’re also working on a pretty large project concerning the build mode, but we’re not sure if we can finish that in time, so it’ll stay secret for now 😉

When Founders’ Fortune released 14 months ago, the interest from the community surpassed our expectations! That’s why we were able to make the Early Access phase a lot longer than we originally intended, release more updates and add more content. Now, it’s time to check in again, see what promises were met, and talk about the future of the game.

From the beginning, it said on our Steam page:

Thanks to your support, we’re able to not only meet the maximum amount promise, but also surpass even the best case promise. The Graphics Update will be released in October and Version 1.0 will be even later.

We have always been very careful to never promise too much. Still, players wanted to see where we’re going, so we made a roadmap of “things we’d like to do”. Check it out:

Let’s talk about some of the specifics.

Mod Support, Multi-Floor Buildings, and Roofs have been implemented pretty much exactly like we expected it. No major changes were required and players have been happy with the results.

The Animal Update focused on farm animals instead of pets. The reason for this was a survey we conducted on the Discord server:

For the Relationship milestone we actually went above and beyond and converted it into a full Family Update complete with children, child furniture, old people, education, etc. in addition to all the interactions, the new expectation, and the new thoughts.

This hopefully makes up for the multiple islands idea we decided to drop. The idea behind multiple islands was originally that in the endgame you could have multiple villages running at the same time and switch back and forth between them while the rest were running in the background.

However, when we tried designing the gameplay for this setup, we quickly found that it didn’t work well with the main game. Founders’ Fortune has been designed with one island in mind and changing the core of the gameplay this substantially actually took away from the experience. If we did that, it wouldn’t have been Founders’ Fortune anymore, so we decided to put that work into features that fit better with the game, like the Family Update or the Quest System we have added even though it has never been on the Roadmap.

We think it’s important that developers in Early Access have the freedom to deviate from the roadmap somewhat in order to make a better game, as long as they don’t overdo it and deliver something substantially different than what was originally sold.

Finally, the “Other Factions” milestone was realized in the Diplomacy Update and the Pirate Update.

The community has been a great help, on Steam and on the Forums, but especially on Discord. We extensively used the feedback for game balancing when we didn’t have the time to play to the endgame ourselves and were able to fix bugs quickly after they appeared since so many people sent their savegames to us for investigation. Thanks a lot.

The community translations have been a resounding success and enabled Founders’ Fortune to also be played by a lot of people who’d rather play in their native language. Thank you for that.

Finally, the supporters who have purchased extra supporter packages on our website have been with us and motivating us from the very beginning. So thank you all for all the help. Founders’ Fortune wouldn’t be the same without you.

So what’s going to happen now?

The Graphics Update is going to be Beta 1. Since Founders’ Fortune contains many hundreds of models, animations, icons, and textures, this update will take longer to make than most previous updates. Our current estimate is Mid-October, but it also could take until Halloween (Ghosts and skeletons are already in anyways 😉

Once Beta 1 is released we’ll take a much closer look at any bugs that are left, integrate final community suggestions on balancing and small features, and polish the game for final release. There are some features we have been pushing to the very end of Early Access, like Steam Achievements. Version 1.0 will also be the place for those.

Once 1.0 hits, proabably at the end of 2020, we’ll take a break and take a look at how much time people spend with the game. If there are a ton of players, we may be able to make time for a Version 1.1, but we won’t promise anything. Let’s focus on a clean, nice Version 1.0 first.

This post contains a whole bunch of news and is a pretty important announcement for the game. Some Early Access games have disappointed players in the past, so we always wanted to make sure we communicate our intentions clearly, underpromise the milestones, and overdeliver the features.

Now it’s your time to tell us how we’ve been doing, what you think of the graphics update, what you would still like to see in Founders’ Fortune if possible and how happy you are with the game in general.

This survey has been kept short so you can answer it in 2 minutes, but there are text fields to give more details if you like: Survey