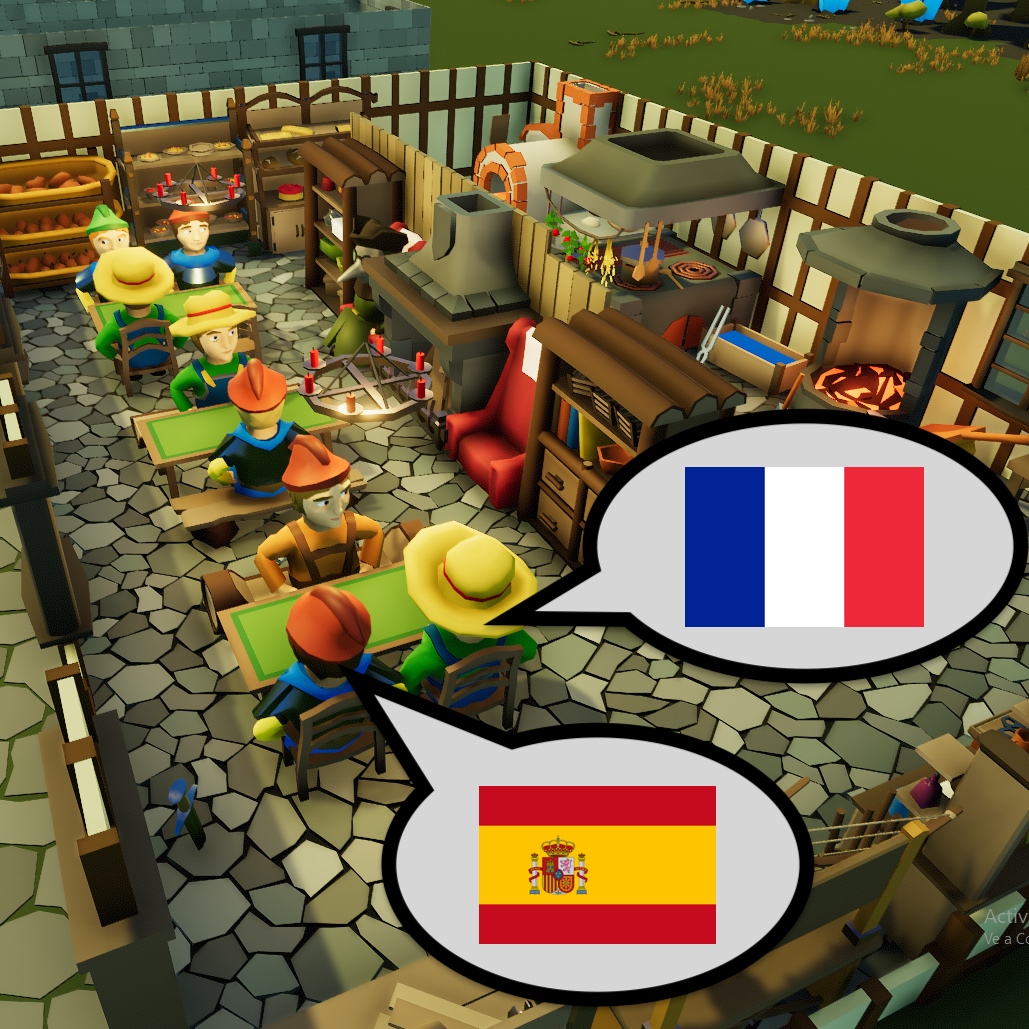 Founders’ Fortune has gone through a small explosion: In the last couple of days, more than 2500 new players signed up to try our game. This is incredible and I couldn’t be happier!

During all that activity, we received a lot of bug reports and suggestions. Many of them have been duly written down and will be considered for a future major release. However, we selected some of the most critical bugs and the most useful, simple suggestions to include in a minor update, which is out now.

Along with these bugfixes and improvements comes a big step: Our community has put in an incredible amount of work and managed to translate more than 1200 phrases, sentences and paragraphs into French and Spanish in the span of only a couple days. This is a great achievement and will make playing Founders’ Fortune a lot easier for a big part of the playerbase.

Alpha 6.1 – The Translation Update – is fully compatible to all other Alpha 6 versions, so you can just continue with your previous savegames.

See the full changelog below and continue being awesome in the Discord and the Forum.
Have fun playing!