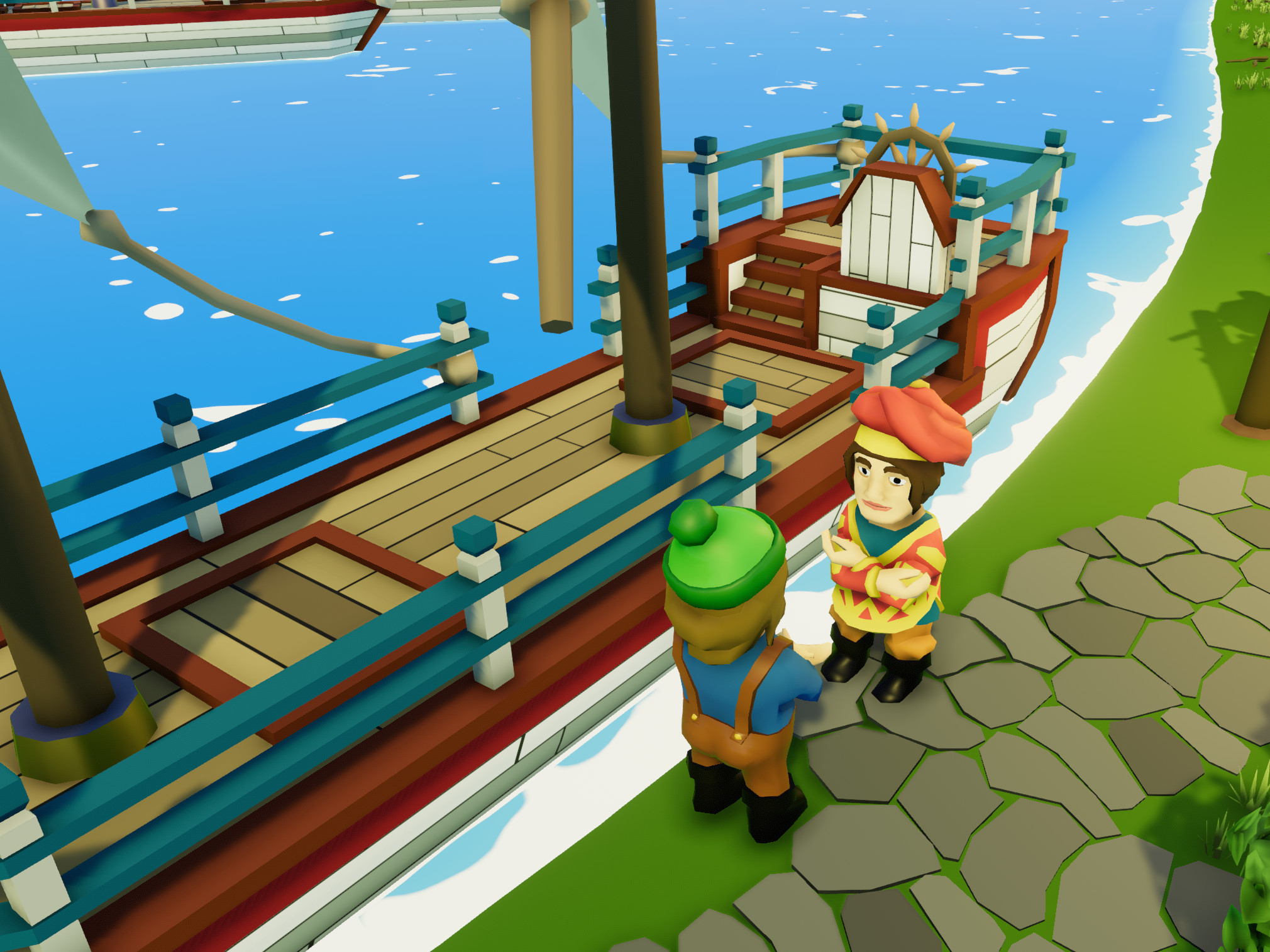 I’m going to keep this news post short because the Discord Community is dying for the new update right now.

Since the last update we received a ton of Feedback. We’re super thankful for all the help we got from you guys playing the game, giving your feedback and all the nice words you had. We’re even more thankful for those who spent some of their own free time to make and improve our community translations.

Since we got a lot of requests about how people could support Founders’ Fortune, we’re releasing the Founders’ Fortune store together with this update. Check it out. It contains some extra packages for supporters without diminishing the game for the rest of the players. With this update we’re releasing a free and a paid edition. The content is the same, but the free edition will be discontinued in the future while the price of the paid edition is discounted at the moment. It will be raised as more content is added to the game.

Alpha 7 – the Traders Update – brings a ton of new features to the table, intermixed with system changes and bugfixes. Check out the summarized changelog below to get a quick overview:

We’re glad to have such a supportive community and we’re looking forward to the next updates. It’s going to be great 🙂
Some of these features can only be developled if we get enough monetary support from our players so please have a look at the store. It also contains a preliminary roadmap with some of the features we’d like to tackle in the future.

We hope you have a lot of fun with Alpha 7!